As the title of this post suggests, I’ve taken to eating a vegan diet. I want to share what that’s meant to me, my health and my lifestyle. I also want to speak to the biggest question people seem to have – how hard is it?

First, some background. For those who don’t know, I’ve followed a Slow Carb Diet (SCD) lifestyle since late 2011, and it was great at bringing my body fat down to where I wanted it to be (10%). I learned about it from Tim Ferris’ book The 4-Hour Body, which was a really helpful, if disjointed book. If you’re interested, you can get it from Amazon (help support this site by using my Amazon link). What it wasn’t great at was being easily sustained. I did it, but it definitely took conscious work, and there were times when the urges and cravings were hard to handle, and lots of times when I was really hungry but stuck in a place where I couldn’t find any slow carb options (which is why I created my slow carb bars to begin with). 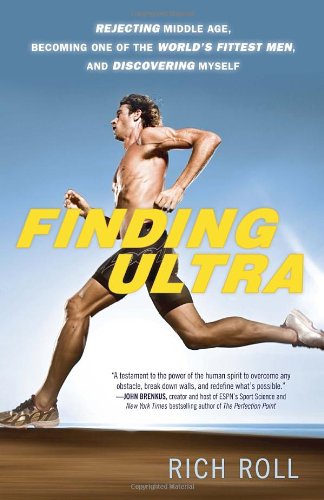 Then my wife got me Rich Roll‘s fantastic autobiography that shares how he came to be one of the healthiest men in the world and an Ultraman (ultra Ironman), and health and wellness icon.  You can – and should – get his book Finding Ultra from my Amazon link. Rich becomes a vegan, shares how and why he did it, and helps you go for it, too. I didn’t eat a ton of animal products to begin with, but I ate a lot of eggs and try to get a lot of protein in my diet (the anti-vegan refrain you hear so much is, “But where do you get your protein?”), so this was not going to be a small task. I decided to try what he was talking about, and found pretty quickly that it was actually really easy. And it is still really easy. Far easier than the SCD. Once you stop spending time thinking about how hard it is and just do it, it’s pretty simple. And Rich has a 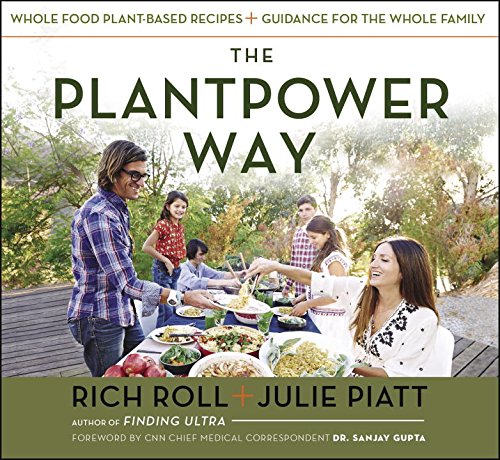 great way to talking about it. He doesn’t say he’s vegan because that carries political and social connotations.  Instead, he uses the term “plantpowered”, which I think is brilliant.  Rich has a new book coming out that he and his wife co-authored that’s full of vegan recipes that are fast, easy and family-friendly (they have four kids at home) called The Plantpower Way, which you can pre-order through this Amazon link.

So, I’m not vegan, I’m plantpowered. It’s not that I don’t care about the environment or like animals getting killed or living terrible lives, it’s just that my reason for doing it is driven by my quest for health and wellness.

It’s funny how, when I tell people, they immediately talk about how hard this must be, and how they could never do it. They say things like, “Oh, but you have to buy so much produce. You must have huge grocery bills and spend all your time shopping and cooking.”  Yes, because meat is free and magically appears on your plate, piping hot, and ready to eat.  And, yes, I’m being sarcastic. So, no I don’t spend more on groceries than I used to, and I don’t spend any additional time cooking.  Rich makes a great point in his book that he probably spends less time cooking since he tries to eat the veggies as close to their natural state as possible. You can’t safely do that with meat (trust me – I’ve had Salmonella twice).
The other common question is around getting sufficient protein intake. I saw a brilliant response – or several of them – on Instagram recently.  The post said, “I get my protein where your protein gets its protein.” Since the protein most people get comes from animals, and most animals we eat are vegetarian, vegans are just cutting out the protein middleman and going directly to the source.

There are some things to be more aware of to ensure you get sufficient levels of vitamins and minerals (for example, vitamin B12, which is hard to come by in a vegan diet), but the reality is that you can and should say that with any sort of diet. That’s why people are overweight and starving – we as a society don’t pay enough attention to our nutrition and the food industry doesn’t give us proper nutrition in the processed foods they entice us to eat.

OK, so that’s the ‘how’. Now the what…the best way to share that is to give you all a taste of what I’m posting on Instagram. It’s become a steady flow of food-related pics as I navigate my way through health:

I’ve eaten a ton of roasted veggies, which I love and is super simple to make (wash, cut, put in oven and wait a lil’ bit). I’ve been juicing on weekends, and using the fiber to do a number of things like make veggie burgers (also shockingly easy) and to power up a mixture of lentils, quinoa and veggie fiber I eat for breakfast to replace the frittatas and omelets I used to eat. I got a NutriBullet Pro (support the site by using this Amazon link) because I’m too cheap to buy a Vitamin (and I wanted something smaller that I could travel with) and have been making smoothies daily, and just made fresh pesto and put it over soba noodles and flipped out at how good it was. Basically, I’m trying lots of different things, posting lots of pics about them, and based on the response I’m getting, I’m inspiring and helping people with ideas.  I’m also showing how simple it is, and how delicious it is.

As for the cost, I’m not spending more than I was, and am actually saving a bit. First, my breakfasts are much cheaper since the cage-free eggs I was eating cost more than lentils and quinoa. I’ve been bringing my lunch to work to the tune about about $2 versus the $8-12 I’d spend at a food truck normally (we have some really good, healthy food trucks right outside my building). And no matter what I spend on produce, meat is generally more expensive than vegetables. Especially if you’re buying organic, like me. While organic veggies are more costly than non-organic, organic meat is priced at even more of a premium over its conventional cousins (a package of three free-range, organic chicken breasts was $16 while regular ol’ chicken breast was about $4 – and comes with loads of free hormones and antibiotics, of course. That stuff is like the bloatware your PC or Android phone comes pre-loaded with – it ruins the device).

So that’s the what…now the…um…more what?  I don’t know what to call the next section in a word, but I’ll tell you about how it’s played out for my body versus the SCD approach.

With SCD, I got down to a range of 178-188, and generally stuck around 180.  The past year, I’ve had trouble keeping on the lower end of the range. I also found that I was getting tired of having to work around the diet. It’s not all that hard, and I was pretty expert in doing it, but it does take energy. Somehow, a vegan approach has been simpler. I don’t know if it’s because it’s more obvious if something is ok or not (less label reading, whereas you absolutely have to with SCD to find hidden sugar and starch), or because ‘Vegan’ is generally a known term so you can find foods that qualify (whereas Slow Carb is known, but not as widely, and things generally aren’t labeled for it). For example, with SCD, not all veggies are ok, and no fruits are. You have to know which veggies are naturally sugary or starchy (and there are some surprises in there). With vegan, if it grows from the Earth (or sea, like spirulina), it’s fine. There, I’m done. That’s it. There are other things that are ok, too, but generally, that will cover you.

I’ve been at it for two months, so maybe I’m just on a honeymoon period with the whole things, but I remember my first two months being Slow Carb, and I really struggled to find foods that worked, or to adapt them. Just ordering a salad for lunch took work because I had to think about whether each ingredient had starch or sugar. And it always took special requests to alter the salad unless I found a super bland and basic house salad I could order without dressing. And, trust me, that’s not the most enticing meal. As a vegan, I can order a salad, and just nix the cheese or grilled chicken if it has those (and there are lots of salads that don’t).

Eating out has been really easy, too, while I definitely struggled with SCD because so many places add sugar and starch to their recipes to make them taste better.  You can read a menu item and think you’re safe, and SURPRISE, the fish you ordered is covered in breadcrumbs (that happened a few times, even when I asked).

And my weight? Without making other changes (e.g., no more exercise), my weight has been down around 170-172 for the past 6 weeks. And I feel great. Seriously. Plus I’m eating fruit, which is awesome, and I missed so much. And I’m eating starchy veggies like sweet potato and squash, which are also really tasty. On SCD, I’d be so scared of gaining a ton of weight for eating these things.

And that’s the biggest part of the shift. The fear is gone. Following SCD or any other ‘lose weight and keep it off’ approach brings with it a fear – whether strong or subconscious – that you are going to gain weight if you veer from the course. When that course is tricky to stick to anyway, that fear becomes more powerful and is a drain on your life. I’m not vegan because of weight loss – though it’s worked beautifully – so that fear isn’t part of my life anymore, and I think that’s a huge part of why it’s been easy and I’m enjoying it.

So, that’s my experience, and I’m very happy with how things are going. This isn’t an experiment. This is a test. This is my life and my body enlightened by something very simple, very obvious, and very nourishing (for my body and my mind). Have you thought about how to improve your nutrition? Are there things you might put into your own clean15 challenge? Are you ready to try to reduce or eliminate the intake of animal products in your life? How will you use the way you fuel your life to enlighten.your.body?

bryan falchuk is the founder of newbodi.es, a certified personal trainer, behavior change specialist and the best-selling author of "Do a Day". bryan coaches people on their whole health - the physical, mental and emotional combination of wellness that we need to thrive and change our lives.
@bryanfalchuk
Previous Form Over Function
Next Tracking It with MyFitnessPal

Some Thoughts on Alcohol From The Editing Room Floor

How Can You Be Goal-Oriented If You Prefer to Fly by the Seat of Your Pants?

How are barriers getting in your way to the succes

The circle of life, I guess I think that was a bl

My top 9 included two posts for several of my amaz

Powered by WordPress | Designed by Tielabs
© Copyright 2021, All Rights Reserved